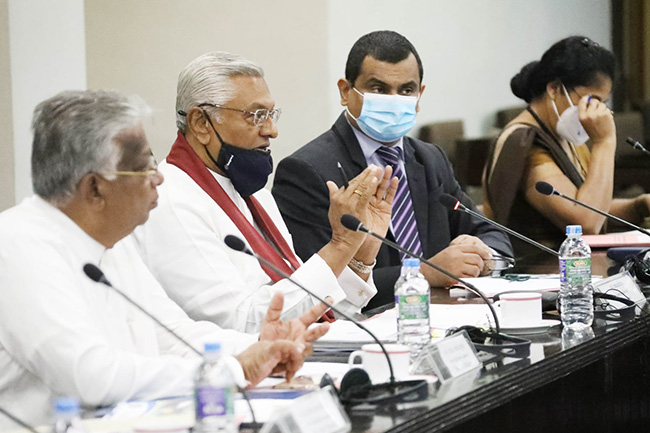 Minister of Irrigation and State Minister of Internal Security, Home Affairs and Disaster Management Chamal Rajapaksa says that compensation should be paid for the lands acquired prior to the commencement of irrigation projects.

His remarks came during the meeting of the Ministerial Consultative Committee on Irrigation in Parliament on Monday (23).

The Minister emphasized that attention should be given towards the satisfaction of the people who are losing their lands and that they should be justly compensated, thus receiving their blessings for projects in return. Accordingly, the Minister instructed the relevant divisions to take necessary measures required for this purpose immediately.

He made an emphasis on this regard when MP Dilan Perera revealed that 6,000 families who had lost their lands as a result of the Uma Oya Multipurpose Development Project had not yet been compensated.

It was made aware that the work pertaining to the Uma Oya Multipurpose Development Project is scheduled to be completed by the month of June next year and that the government will be able to add 120 megawatts of power generation to the national power grid, which is considered as a key component of the government’s return on investment by next February.

Furthermore, the Secretary to the Ministry, Mr. Anura Dissanayake stated that all the funds necessary have been allocated for this purpose through the budget and that this project is scheduled to be opened by the month of June, supplying water to nearly 355 tanks.

Adding to it, Mr. Dissanayake further stated that the 26 km long tunnel and the 94 km long North Central Maha Ela project which will feed 1200 small tanks, proposed to be completed in 06 years, will be completed in 04 years’ time.