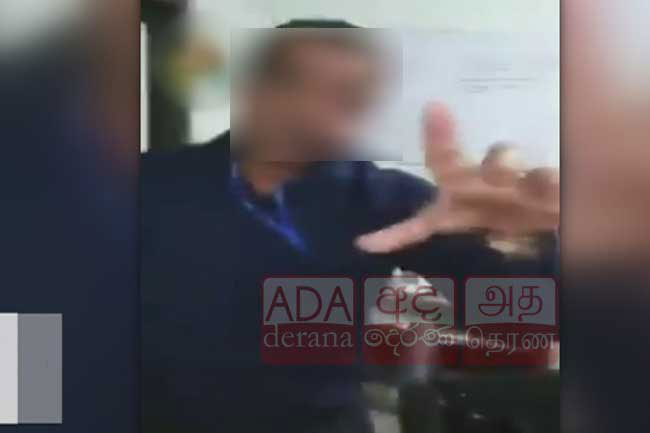 UPDATE (3.09 p.m.) : The engineer of the Provincial RDA office in Udugampola, who was arrested for assaulting a female Management Assistant, has been granted bail by the Gampaha Magistrate’s Court.

Ada Derana reporter said that the accused was ordered released on a personal bond of Rs. 200,000 by the magistrate’s court.

An engineer attached to a provincial office of the Road Development Authority (RDA) has been arrested over an incident of assaulting a woman, the Police said.

A video of a person assaulting a female official in an office was recently circulated on social media.

The arrested engineer is reportedly serving attached to the Udugampola Provincial RDA office.

The video contains a recording of a female Management Assistant at the office being assaulted by the engineer in question.

Meanwhile, the engineer in question has been suspended, State Minister Nimal Lansa said in the Parliament today (25).