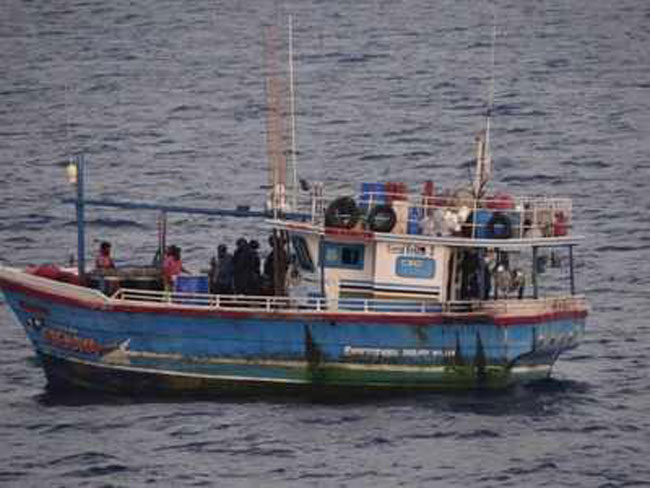 The Indian Coast Guard (ICG) has seized a huge quantity of drugs, including 100 kg of heroin that originated from Pakistan, from a Sri Lankan boat on the high seas south of Thoothukudi (Tuticorin) off the Tamil Nadu coast in a major anti-smuggling operation that lasted for nine days.

“In initial interrogation, the six detained Sri Lankan nationals disclosed that the drugs were transferred to their vessel by a Pakistani dhow plying from Karachi. Joint interrogation of the crew by all security and intelligence agencies, including by the Narcotics Control Bureau, will be conducted after Shenaya Duwa reaches Thoothukudi,” an official told Indian media.

The drugs, which were hidden in an empty fuel tank on the boat owned by a person residing at Negombo in Sri Lanka, were meant for Australia and other western countries.

The ICG had launched the anti-smuggling operation on November 17 after getting “credible” intelligence information about contraband that was going to be smuggled into India through the sea-route.