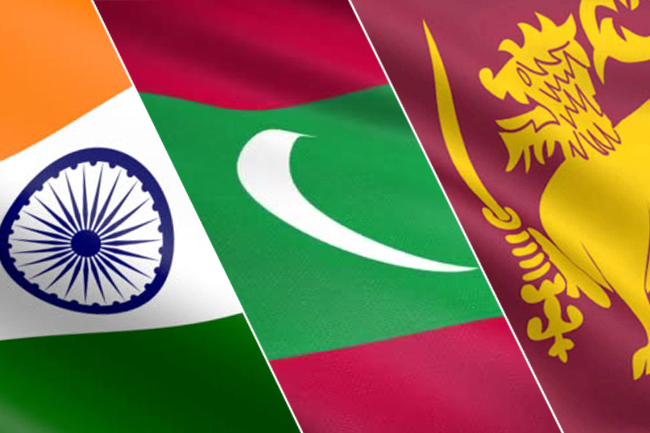 Sri Lanka, India and the Maldives will revive their trilateral maritime security cooperation dialogue with the first meeting of the group since 2014 set to commence today (November 27).

Three more countries – Bangladesh, Seychelles and Mauritius – have been invited as observers for the meeting, as a part of efforts by the three Sri Lanka, India and the Maldives to expand maritime security cooperation in the Indian Ocean.

The meeting, scheduled for November 27 and 28, will focus on cooperation in maritime security in the Indian Ocean.

The first trilateral maritime security cooperation dialogue was held in Male in 2011. Two more meetings were held in Colombo in 2013 and New Delhi in 2014. Mauritius and Seychelles were present as observers at the last meet.

The dialogue was suspended after relations between India and the Maldives hit a low, largely because of the actions of former president Abdulla Yameen, who was perceived as close to China.

In the past meetings, the three countries had discussed cooperation on issues such as maritime domain awareness, sharing of data on shipping, training, search and rescue, response to oil pollution, piracy and illegal maritime activities.

During President Gotabaya Rajapaksa’s visit to India in November last year, India had offered Sri Lanka a line of credit of $50 million to fight terrorism and enhance intelligence gathering in the aftermath of the Easter Sunday suicide attacks by Islamic State-linked terrorists that killed more than 25 people.