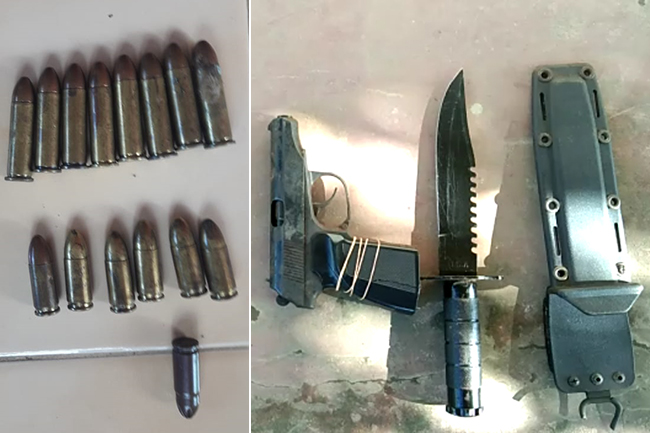 A major underworld figure and drug peddler has been arrested in the Pannipitiya area, while in possession of weapons and ammunition.

The suspect was identified as a 35-year-old named Rukshan Sameera Madushanka, operating under the alias ‘Maharagama Sameera’.

Organized crimes prevention team of the Police Special Task Force (STF) had made the arrest at around 3.30 pm on Friday (27), acting on a reliable tip-off received by them.

Reports revealed that the arrestee is involved in the large-scale trug racket and criminal activities orchestrated by another underworld figure alias ‘Kudu Lal’.

The investigating officers have seized Russia-manufactured micro pistol, 15 rounds of ammunition, one ‘Rambo’ knife and one sword from the suspect at the time of the arrest.

The contraband and the arrestee have been handed over to the Padukka Police for further investigations.