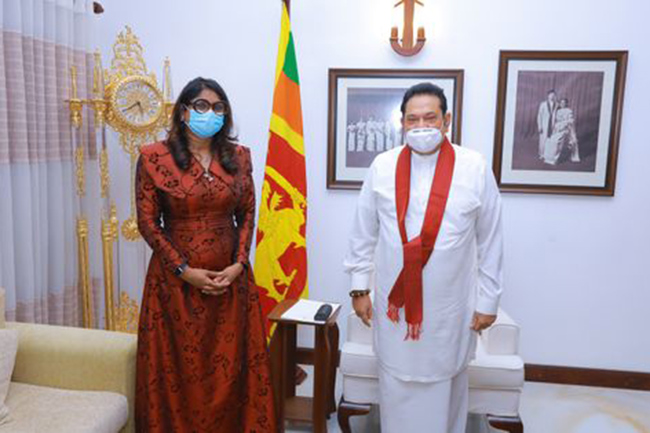 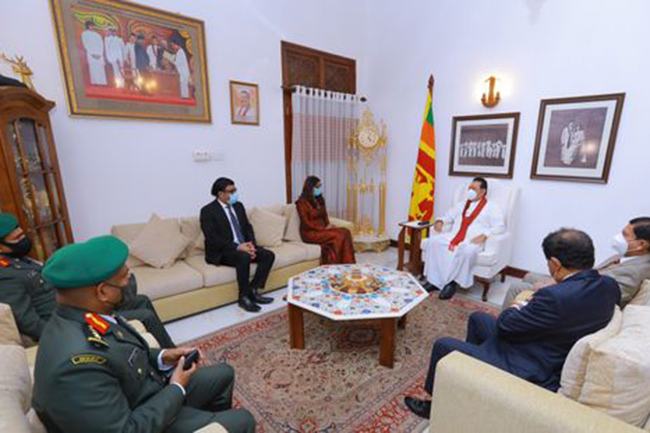 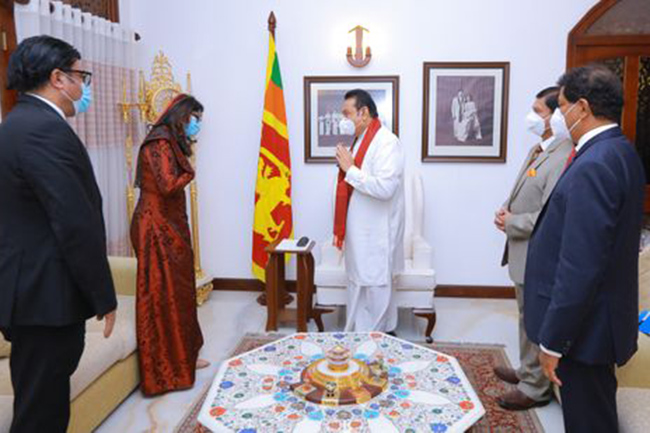 Defence Minister of the Maldives, Mariya Ahmed Didi called on Prime Minister Mahinda Rajapaksa at his official residence in Wijerama.

The focus of the discussion fell on the crackdown against narcotic drugs, prison reforms, terrorism and extremism, defence cooperation and boosting the bilateral relations of the two nations.