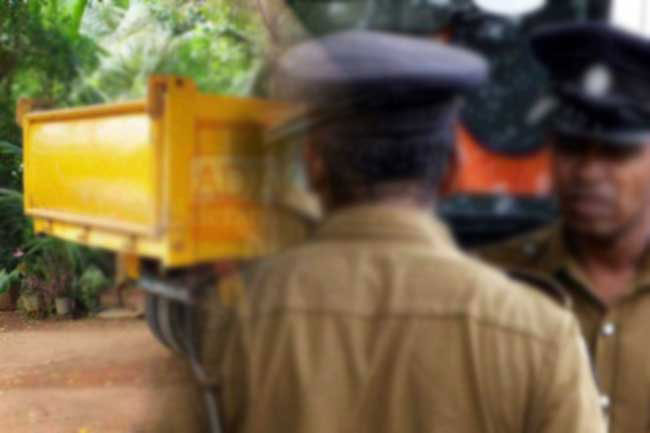 Cop run over by tipper truck during sand mining raid

A person operating a tipper truck had fled after running over a policeman during a raid against illegal sand mining in Kobaigane, Nikaweratiya.

A 32-year-old police constable attached to the Kobaigane Police Station has been killed in the incident, stated Police Media Spokesperson DIG Ajith Rohana.

The incident had occurred at around 12 midnight today (November 29).

The raid had been carried out by a team of 5 police officers based on a tip-off received by them.

During the raid, the officers had noticed a tipper truck carrying sand near Daduru Oya. When they signaled the truck to stop, the person operating the truck had run over the officers killing a constable.

The suspect and the tipper truck have been identified and it has been revealed that the suspect has had previous charges of sand mining.