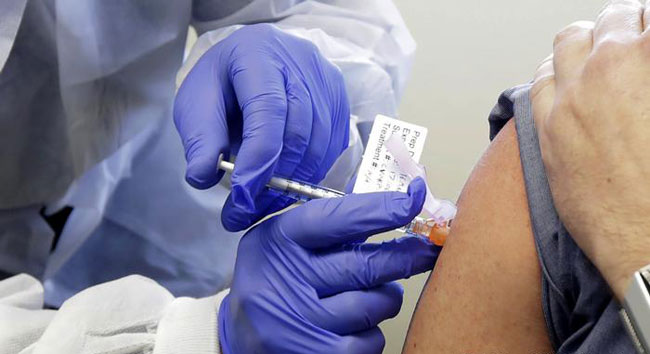 Britain on Saturday appointed a vaccine minister as it prepares to inoculate millions of people against the virus, potentially starting within days.

The announcement was made as the Financial Times reported that the UK is set to approve the BioNTech Pfizer vaccine next week.

The UK medicines regulator is also assessing another vaccine by Oxford University and AstraZeneca to see if they are safe and effective.

The Guardian newspaper reported that hospitals have been told they could receive the first doses of the Pfizer shot the week of December 7, if it receives approval.

About 60% to 70% of the population needs to be immunized against the coronavirus in order to achieve herd immunity, the World Health Organization (WHO) has announced.

This rate is based on several modeling studies, the head of the WHO’s vaccine department, Katherine O’Brien, told a press conference in Geneva.