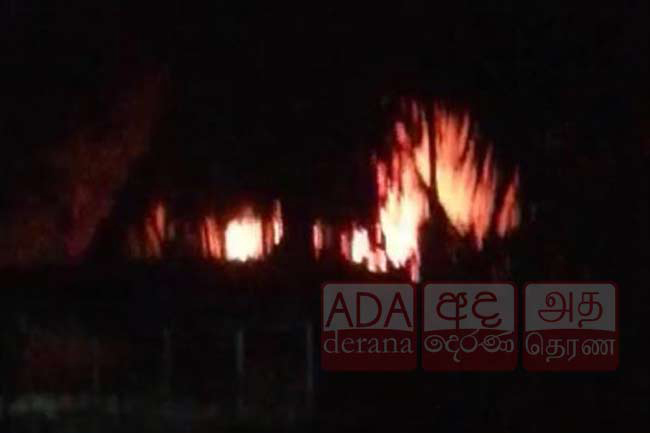 A total of 24 inmates of Mahara Prison have been admitted to the Ragama Hospital for treatment, following the unrest reported within the prison this evening (29).

The Director of the Ragama Hospital said the remains of four individuals who died during the tense situation were received by the hospital.

In the meantime, a massive fire is also reported from the prison premises.

Prisons Reforms and Prisoners’ Rehabilitation State Minister Sudarshani Fernandopulle said measures have been taken to control the unrest. A committee has also been appointed to look into the situation.

Reports received this evening revealed that a tense situation had broken out among the Mahara Prison inmates.

The Commissioner-General of Prisons Thushara Upuldeniya later announced that one inmate was killed after prison officials opened fire to control the situation.

Two other inmates who sustained injuries had been admitted to the hospital for treatment.

Several more teams led by an Assistant Superintendent of Police (ASP) have also been dispatched.