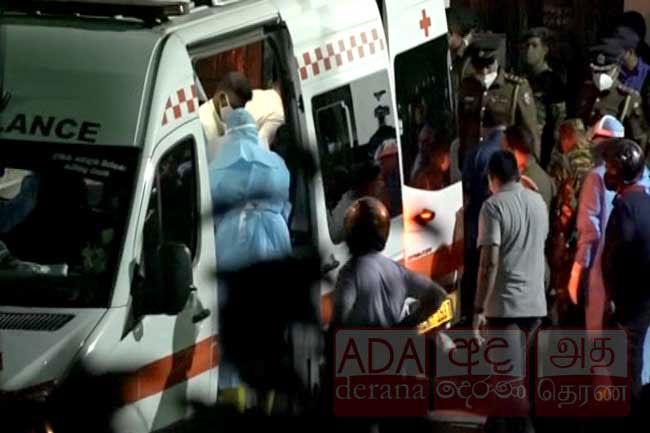 In addition, 43 individuals have been admitted to the hospital over injuries, the Director of the Ragama Hospital said.

A tense situation was reported from the Mahara Prison yesterday as several inmates attempted to escape after a fellow inmate was diagnosed with COVID-19.

The situation reportedly escalated further into the evening when remand inmates at the prison assaulted inmates serving life sentences.

Prison officials had opened fire in an attempt to control the situation, said the Commissioner-General of Prisons Thushara Upuldeniya. Subsequently, a team of Special Task Force (STF) officers was deployed to assist the prison authorities.

However, a massive fire had broken out at the prison when several inmates set fire to the health office, a storage area, and several other places within the prison.

Six fire trucks were dispatched to control the fire, the Fire Department said.

However, the fire raged until around 3 this morning (November 30), Ada Derana correspondents said.

According to the Department of Prisons, the fire has been completely extinguished and operations are still underway to bring the situation fully under control.