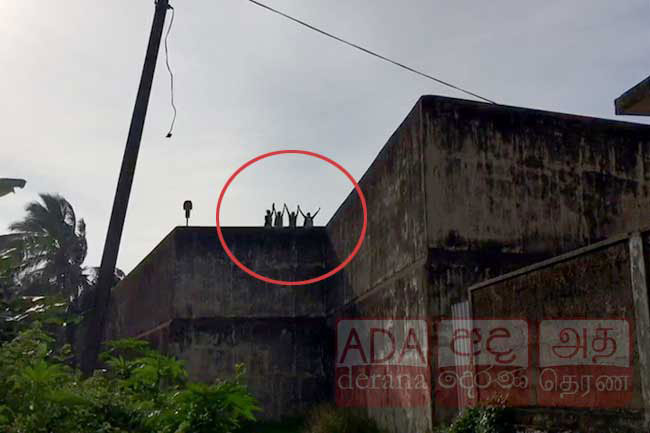 A group of female inmates at the Negombo Prison has launched a protest on top of the prison roof, Ada Derana reporter said.

In addition, several more female inmates had supported the protest from the ground.

Protesters demand that their trials be expedited and that they are allowed to go to their children.

They too demand that the courts be opened and their proceedings expedited.