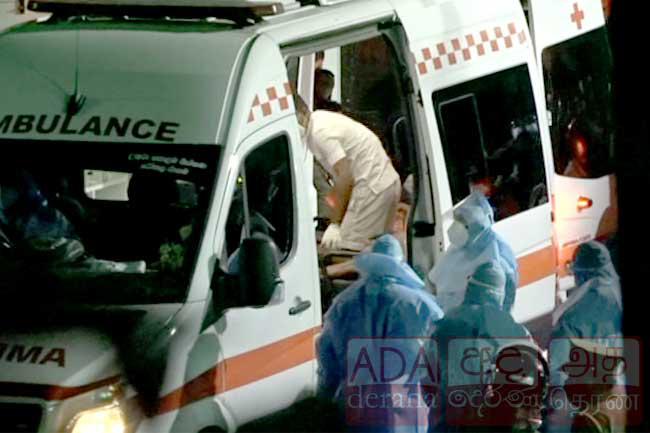 Another inmate, who was hospitalized following the unrest at Mahara Prison on Sunday (29), has succumbed to injuries, taking the death toll from the incident to 09.

A spokesperson of the Colombo North Teaching Hospital in Ragama said 108 including 02 prison officials who sustained injuries during the riot are under currently under medical care.

Meanwhile, Rapid Antigen Tests carried out on the hospitalized inmates confirmed that 12 more have contracted the Covid-19 virus.

Thereby, a total of 38 hospitalized inmates are now positive for Covid-19, with the 26 who tested positive on Monday (30).

Unrest at the Mahara Prison broke out on Sunday evening (29) when a group of inmates attempted to escape the facility following a conflict with prison officials.

Two prison officials who were held hostage by prison inmates were also rescued.