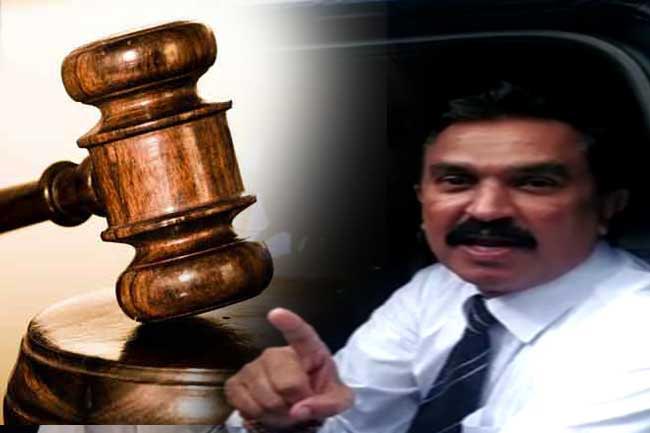 AG files indictment against Sampayo and 6 others

The indictment has been filed on charges of conspiracy, forgery and use of false documents for smuggling prohibited items into prison, the AG’s coordinating officer said.

Negombo Prisons Jailor Kalinga Kaluaggala surrendered to the CID on July 25 and was subsequently remanded while Chief Jailors Sarath Bandara and Nishantha Senarathna surrendered to the Negombo Magistrate’s Court on July 29. They were also ordered remanded after being produced before the court.

Former Superintendent of the Negombo Prison Anuruddha Sampayo who was in hiding for more than 11 days was taken into police custody on the 2nd of August by Negombo Police in Kurunegala.

He was then transferred to the CID in Colombo and remanded after being produced before the court. Sampayo and the three prison officers were granted bail by the Negombo Magistrate’s Court on August 31.

Sampayo and the three jailors of Negombo Prison are charged with providing special facilities to a group of prison inmates and forging documents to aid the transfers of convicts and help them continue criminal activities.