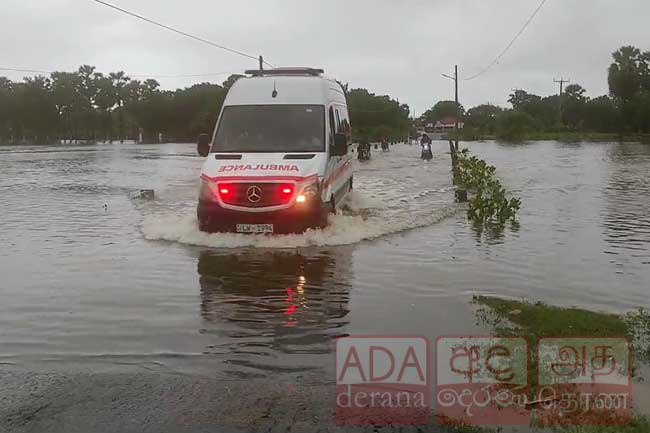 The Department of Meteorology says Akkayaran Kulam has reported over 279mm of rainfall due to the influence of Cyclone Burevi which made landfall on the north-eastern coast of Sri Lanka last night (02).

Mullaitivu area observed downpours of 224mm while Oddusuddan followed with a rainfall of 202mm.

The centre of the cyclonic storm Burevi had crossed north-eastern coast of Sri Lanka between Kuchchaveli and Thiriyayi between 10.30 pm and 11.30 pm yesterday.

The cyclonic storm, with a wind speed of 70-80 kmph gusting up to 90 kmph, is very likely to move west-northwestwards, emerge into Gulf of Mannar by this afternoon, the Met. Department said earlier today.

Accordingly, the influence of Cyclone Burevi is expected to reduce gradually.

Deputy Director of DMC, Mr Pradeep Kodippili noted that reports on toppled trees and some other damages were however received from many areas.

The DMC further stated that a man from Jaffna who went out for fishing activities is reported missing.