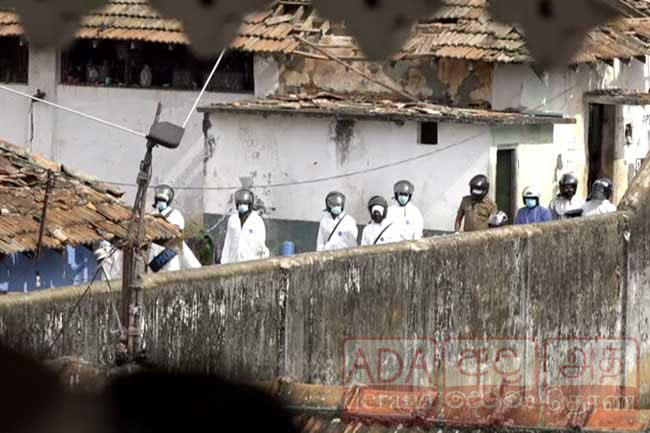 The committee appointed to inquire into the Mahara prison riot is currently recording evidence at the prison.

Justice Minister Ali Sabry appointed a committee to look into the recent violent incident at the Mahara Prison.

The role of the committee is to look into the causes of the Mahara prison riot and make necessary recommendations on the course of action to be taken.

In addition, the Committee is also to make recommendations for short-term action within a week.

Statements have been recorded from 8 medical officers, and 2 male nurses who worked at the prison hospital, 10 prison officers including the Chief Jailor, and 6 inmates who were hospitalized after being injured in the incident.

DIG Rohana added that further investigations will be carried out to determine whether there was any provocation, conspiracy, or abetting for the incident by considering the statements of the injured and prison officials, and the assessment reports of the damage to the prison.

The CID launched its investigations into the matter on December 01.