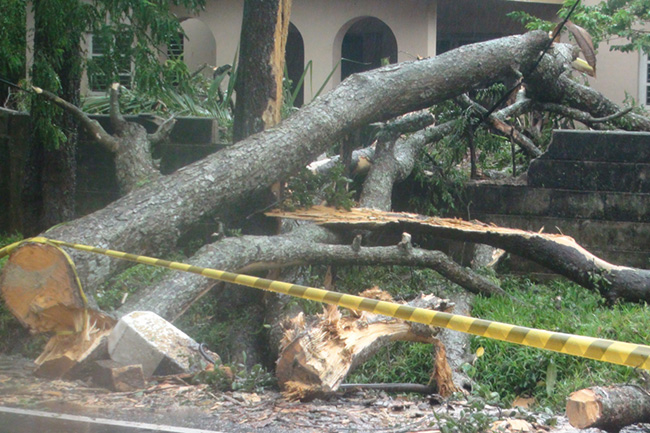 In the meantime, one person from Jaffna, who went out for fishing activities is reported missing, the DMC said further.

Fifteen houses have been completely destroyed by the cyclonic storm while 192 other houses were partly damaged.

The Department of Meteorology, issuing an advisory, said the cyclonic storm was located closer to the coastal area between Mannar and Pooneryn at around 11.30 am this morning and it is gradually moving away from the island.

Due to this system, a storm surge of about 1-meter height above the astronomical tide is likely to inundate low lying coastal areas extending from Pooneryn to Puttalam.

Showers or thundershowers are expected at times in the Northern, North-western and North-central provinces and heavy rainfall above (100-150) mm is likely at some places.

The Met. Department further stated that sea areas to the north, north-west, west and northeast of the island can be rough very rough at times.