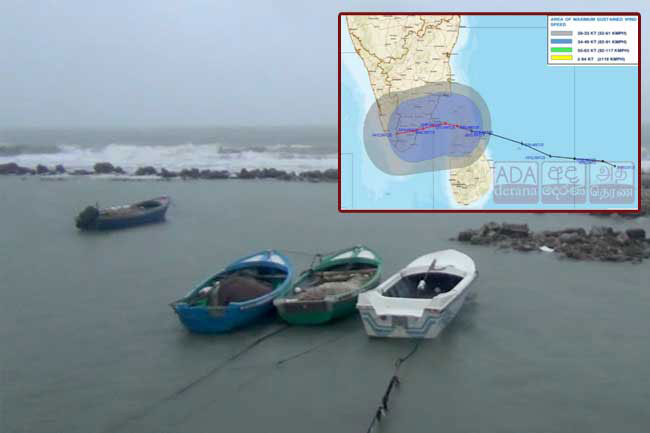 Burevi moving away from Sri Lanka

The cyclonic storm ‘Burevi’ is currently moving further away from Sri Lanka, the Department of Meteorology confirmed.

Thereby, the influence of this system is expected to gradually reduce, the Department said.

However, naval and fishing communities are advised not to venture into the deep and shallow-sea areas off the coast extending from Colombo to Trincomalee via Mannar and Kankesanturai until tomorrow (04th December) morning.

In addition, fishermen in other sea areas are advised to be vigilant.