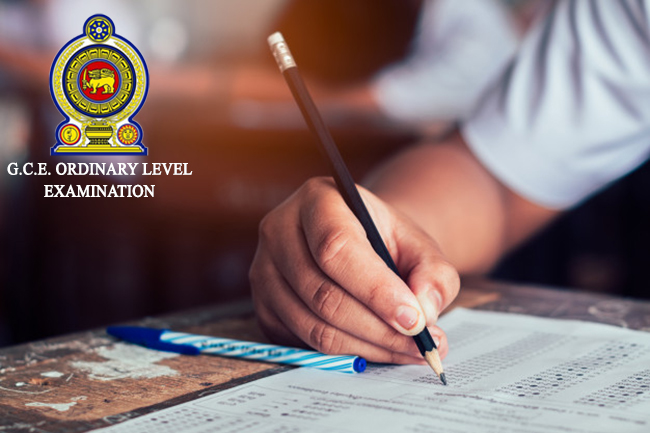 Minister of Education Prof. G.L. Peiris says the government is making arrangements to hold the 2020 G.C.E. Ordinary Level Examination in March next year.

During a press conference held earlier today (03), the minister said the results of the exam are thereby expected to be released by June. He added that Advanced Level classes for the examinees will commence in July.

He stressed that the government’s effort is to look into the possibility of holding the O/L Examination as soon as possible while ensuring the health and safety of the candidates.

A total of 154 exam halls will be arranged within Colombo 1–15 and 24,600 candidates are expected to sit for the exam from these areas, Prof. Peiris said further.

During a recent parliamentary session, the Education Minister revealed that the 2020 O/L exam will not be held on the previously scheduled dates.

The minister had stated that the new dates will be announced 06 weeks prior to the date of examination.

He had also noted that 50 per cent of the Grade 11 student population is currently unable to carry on with their academic activities amidst the current COVID-19 situation.