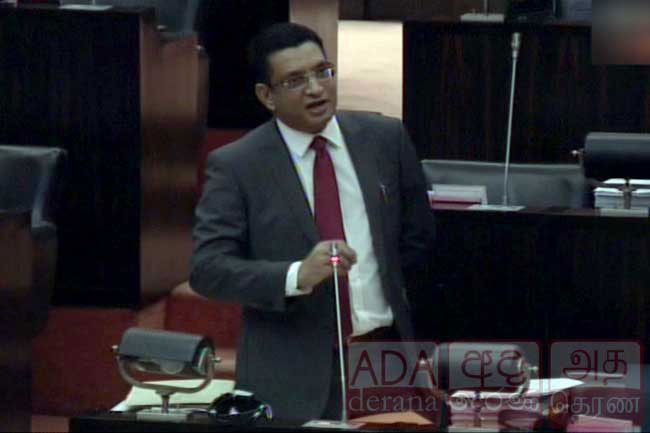 Imprisonment not the solution for drug-addicted convicts  Ali Sabry

Imprisonment is not the solution for drug-addicted convicts, said Minister of Justice Ali Sabry at the parliament today (03).

Stating that nearly 52 percent of current inmates in prison are addicted to drugs, the Minister said that imprisonment is not a long-term solution for this.

Minister Sabry said that studies are currently underway to determine whether such detainees could be rehabilitated instead.

Out of the 28,541 inmates in Sri Lankan prisons, nearly 11,500 have undergone PCR tests for COVID-19 diagnosis, the Justice Minister added.

Meanwhile, the Leader of the Opposition Sajith Premadasa claimed that the transfer of 120 inmates from the Welikada Prison to the Mahara Prison was the cause COVID-19 case cluster in Mahara Prison, which in turn resulted in the recent ‘tragic’ riot incident.

Premadasa said that the transfer was made by the Deputy Director in charge of inmates’ heath at the Welikada Prison, who is also a member of ‘Viyath Maga’.

However, Minister of Public Security Rear Admiral Sarath Weerasekara rejected the claim that the officer in question is a member of ‘Viyath Maga’.

Opposition Leader further said that he rejects the attempt to mislead the society with the ‘reverse pill’ theory.