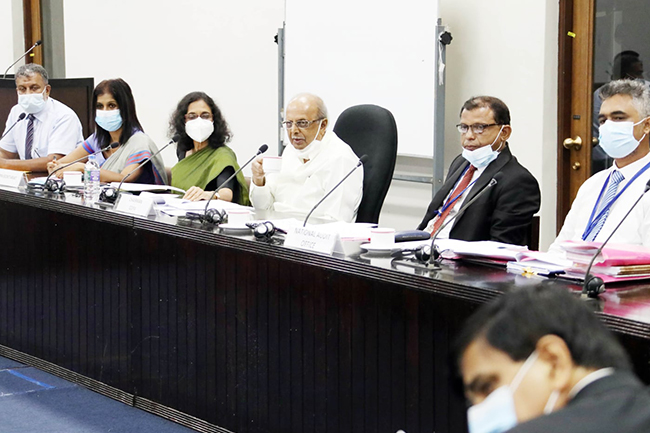 During the meeting of Committee on Public Accounts (COPA) chaired by Prof. Tissa Vitharana on Wednesday (02), it was revealed that the 2018 income deficit of the Inland Revenue Department stands at Rs. 1.3 trillion.

The officials representing the Inland Revenue Department said that the majority of the income deficits were to be paid by government institutions and that an independent board has determined that some of these institutions are currently not in a financial position to pay the relevant revenue.

Accordingly, the Committee recommended the Income Revenue Department to submit a full report on these institutions.

The Auditor General’s Department pointed out that another reason for this substantial deficit of revenue was due to 8060 dishonoured cheques worth Rs. 3 billion. The Inland Revenue Department officials pointed out at the committee that a blacklist inclusive of 65 taxpayers has already been prepared.

Officials stated that since the beginning of 2017, the Inland Revenue Department has utilized a computerized system called RAMIS to streamline tax collection process which has been more efficient than conducting the process manually.

However, the members pointed out that it is problematic that more than Rs. 3 billion should be paid again to a Singaporean company every time a tax amendment is made to the said system which was established at a cost of over Rs. 4 billion.

Therefore, Minister Duminda Dissanayake suggested that an agreement on tax amendments should be arrived for a one-time payment mechanism with the company.

Secretary to the Treasury and Ministry of Finance S. R Attygalle pointed out that a five-year continuous, consistent tax policy was proposed by this budget for the practical convenience of taxpayers as well as tax collectors.