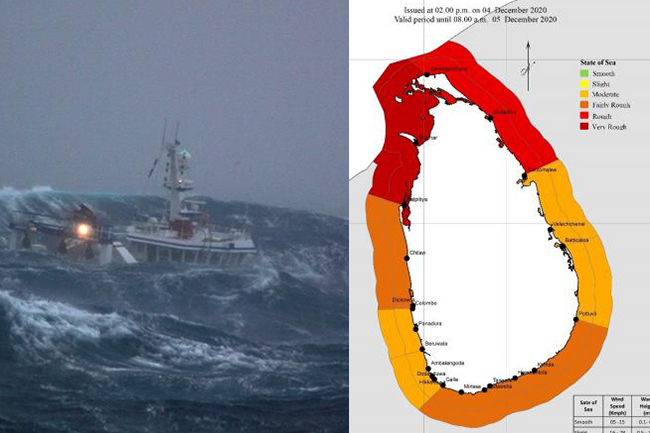 The deep depression over Gulf of Mannar remained stationary during the last six hours and located about 145 km to the west of Mannar, says the Department of Meteorology.

In an advisory issued for North and North-west sea areas, the Department further stated that the system is expected to move further away from the country.

Wind speed will be (50-60) kmph and wind speed can increase up to 70 kmph at times in the sea areas extending from Puttalam to Kankesanturai via Mannar. These sea areas can be very rough at times.

Naval and fishing communities have been advised not to venture into the deep and shallow sea areas off the coast extending from Puttalam to Kankesanturai via Mannar until tomorrow morning (05).