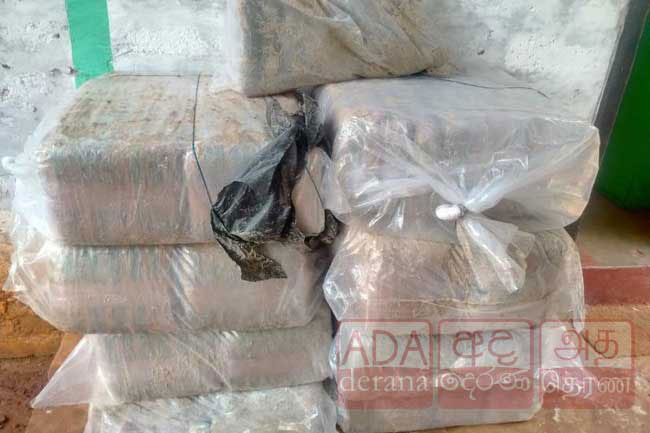 A haul of Kerala Cannabis, estimated to be worth around Rs 50 million, has been recovered at the Kankesanturai Beach in Jaffna, stated the Police.

Police said that 360 kilograms of Kerala cannabis was discovered last evening (27) after the haul had washed ashore at the beach.

Police suspect that the Kerala cannabis haul had been brought into Sri Lankan waters from India using a boat and that it was dumped in the seas to be picked up by local traffickers later.

Security forces in the North reveal that such rackets have been carried out since a long time where contraband is transported from India by boat and dumped in Sri Lankan territorial waters while the traffickers in Sri Lanka are then provided information to collect the illegal goods.

KKS Police is conducting further investigations to identify the suspects involved in the racket.