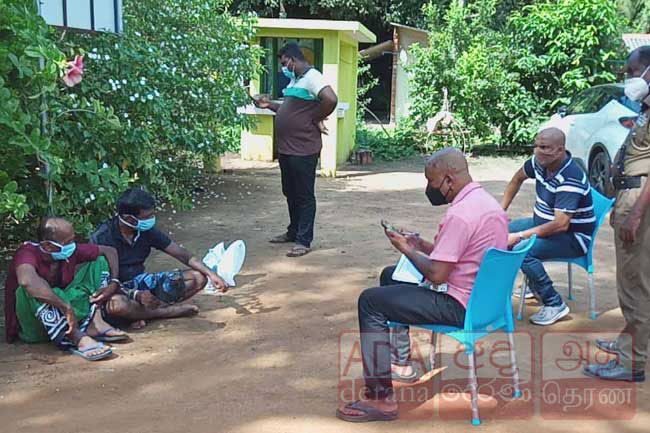 Another inmate who escaped from COVID-19 treatment center recaptured

Another prison inmate who had escaped from the Gallella COVID-19 Treatment Center has been arrested by the Police at Anawilundawa, Arachchikattuwa this afternoon (06).

The arrestee is a 55-year-old male named W. Nimal Wasantha, who was confirmed to be a resident of the Waikkala area in Wennappuwa. It was revealed that the address of Welipennagahamula, Dummalasuriya he had provided to the prison to be a fake.

Following the escape, the COVID-19 infected inmate had stayed at a friend’s place in Bangadeniya and the police had arrested the person in question on charges of concealing the escaped COVID-19 patient.

Five inmates of the Negombo Prison escaped from the Gallella COVID-19 Treatment Center on December 31.

Police issued details of the escapees to the media seeking public assistance in capturing them.

One of the inmates was recaptured in the evening at a residence in the Dematapitiya area in Chilaw.

In addition, the following COVID-19 infected inmates are still at large, the police said.