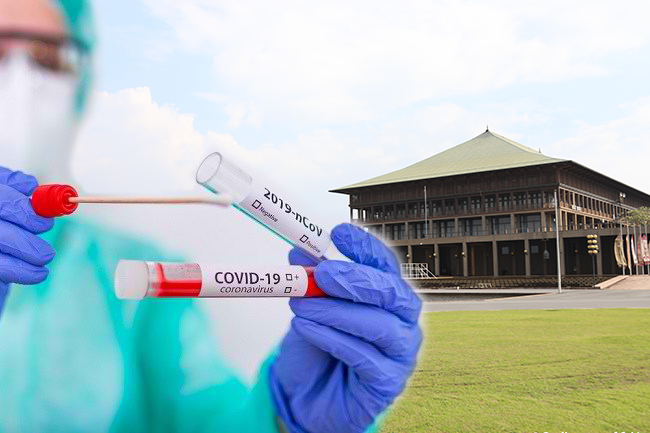 A total of 463 PCR tests have been carried out at the Parliament Complex today (January 13).

Communications Department of the Parliament said Speaker Mahinda Yapa Abeywardena and 15 lawmakers are among those who were referred to PCR tests.

PCR testing will be carried out at the parliament on January 15 as well, according to the Parliament Communication Department.

In the meantime, the meeting of the Committee on Parliamentary Affairs, which was scheduled to be held at 2.00 pm today (13), has been rescheduled for next Monday (18).