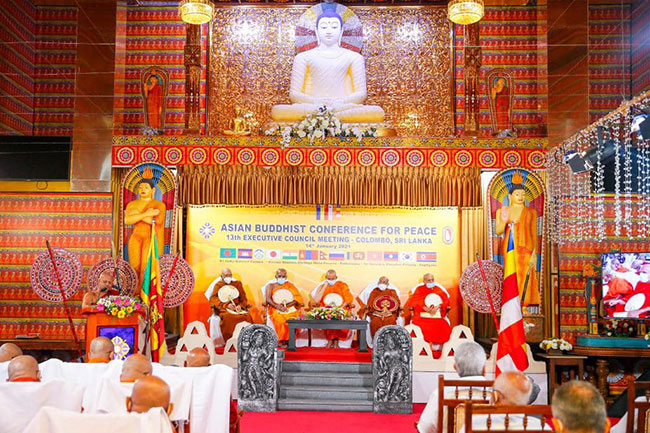 The 13th Executive Council Meeting of the Asian Buddhist Conference for Peace was held with the participation of President Gotabaya Rajapaksa at Sri Sambodhi Viharaya in Colombo 07 today (January 14).

The Conference observed that acting as the host country in the face of Corona pandemic will bring special honour to Sri Lanka and result in forming closer ties with other countries.

Representatives of 25 countries had joined today’s conference via video technology.

After World War II, the Russian and Mongolian Buddhist leaders had focused on the need for an international Buddhist organization aimed at promoting unity. Consequently, Buddhist laity and clergy gathered at Maha Viharaya in Ulaanbaatar in Mongolia on June 13, 1970, to hold the first meeting of the Asian Buddhist Conference for Peace. The second Conference has been held in Sri Lanka. At present, all the Buddhist countries in the world are members of this organization.