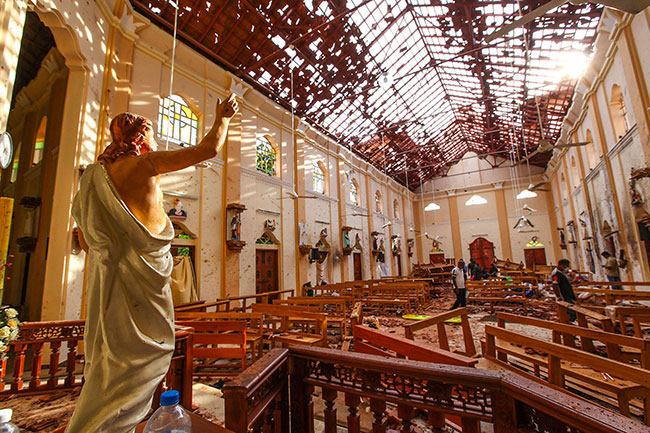 The Supreme Court has fixed dates for the arguments of 12 Fundamental Rights (FR) petitions, which were filed over the failure to act on the forewarnings to prevent the Easter Sunday terror attacks.

Thereby, the seven-member judge bench of the Supreme Court has decided to take up the petitions on March 08, 09 and 10.

Attorney-at-Law Harsha Fernando, appearing on behalf of former Chief of Defence Staff Ravindra Wijegunaratne and former Navy Commander Admiral Piyal de Silva, who were named as the respondents of the petitions, informed the court that the duo will no longer be represented by the Attorney General.

Further, the judge bench, taking into account a request made by their attorney, granted permission to former Chief of Defence Staff and former Navy chief to file objections challenging the petitions before February 15.

Both petitioners and respondents were meanwhile ordered to hand over their written submissions on or before February 24.

The FR petitions had been filed by 12 parties including the Bar Association of Sri Lanka (BASL) and Catholic priests against former President Maithripala Sirisena and several members of the former government, former Defence Secretary Hemasiri Fernando, former IGP Pujith Jayasundara and several other officials.