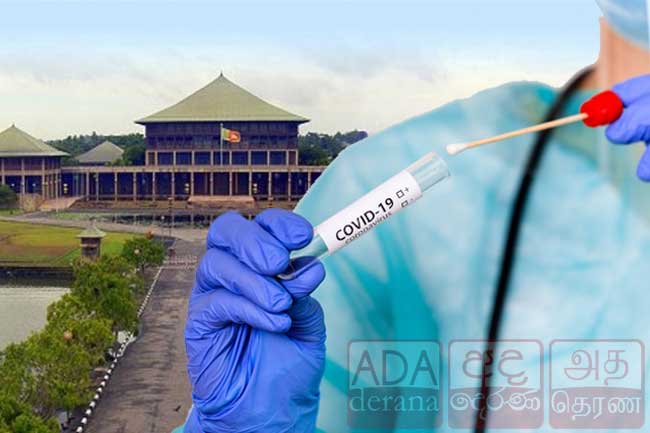 PCR tests have been carried out on another 493 persons including 16 parliamentarians at the Parliamentary premises today (15).

A total of 463 individuals at the Parliament Complex, including 15 MPs, were subjected to PCR tests on Wednesday (13) as well.

The results of those tests were released today and all 15 Members of Parliament, including Speaker Mahinda Yapa Abeywardena, have tested negative for COVID-19.

Steps had been taken to disinfect the parliamentary premises and conduct PCR testing on parliamentary staff and MPs after or Members of Parliament – Dayasiri Jayasekara, Rauff Hakeem and Vasudeva Nanayakkara – had tested positive for COVID-19 last week.

Meanwhile the meeting of the Committee on Parliamentary Business, which was scheduled to be held Wednesday (13), has been rescheduled for next Monday (18) on the instructions of the Speaker.