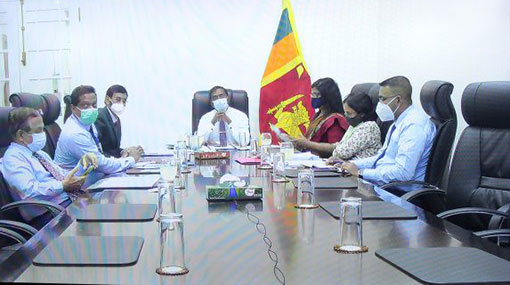 Sri Lanka will establish air links with Myanmar this year to boost tourism, including travels for medical and religious purposes, the Foreign Ministry said in a statement.

The announcement on air connectivity between the two countries was made after a meeting was held among Sri Lanka’s Foreign Secretary Admiral Jayanath Colombage, Ambassador to Myanmar Prof. Nalin De Silva, and Sri Lanka Tourism Promotion Bureau and SriLankan Airlines officials.

De Silva, who attended the meeting virtually from Myanmar, stressed that there is immense potential for Sri Lanka to attract Myanmar tourists for medical, religious and other purposes.

He said that Myanmar’s government, tourism associations and in particular President U Win Myint have expressed keen interest in establishing air connectivity between the two countries.

Colombage said launching direct flights to Myanmar will facilitate tourists on both sides, and that it will be a timely move as Sri Lanka is getting ready to open its airports on Jan. 21 for tourists, in its efforts towards recovery from the COVID-19 pandemic.

In resuming external links, according to him, Sri Lanka’s President Gotabaya Rajapaksa has laid a focus on immediate neighbours in South-East Asia. Colombage added that Myanmar was one of Sri Lanka’s closest maritime neighbours and that there was huge potential for them to enhance trade links.