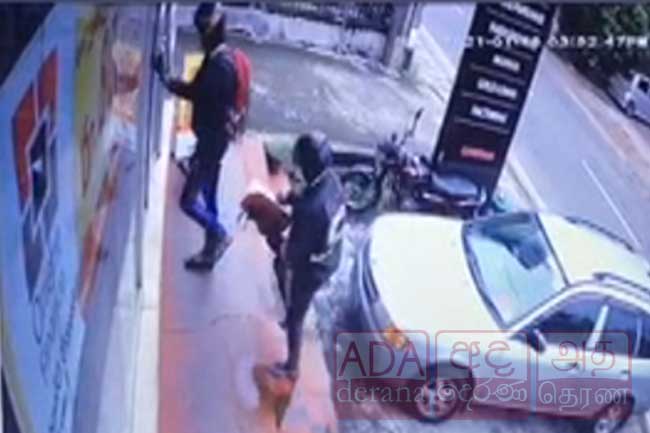 Video footage of the armed robbery which had occurred at a private financial institution at Miriswatta, Gampaha last evening have been released to the media today.

The footage, caught on CCTV cameras outside and inside the premises, show two unidentified men arriving on a motorcycle and proceeding to rob the institution after brandishing weapons.

According to the police, the robbers had made off with gold jewellery and cash to the tune of Rs 40 million.

The two suspects were wearing face masks, helmets and black jackets and threatened the employees with firearms.