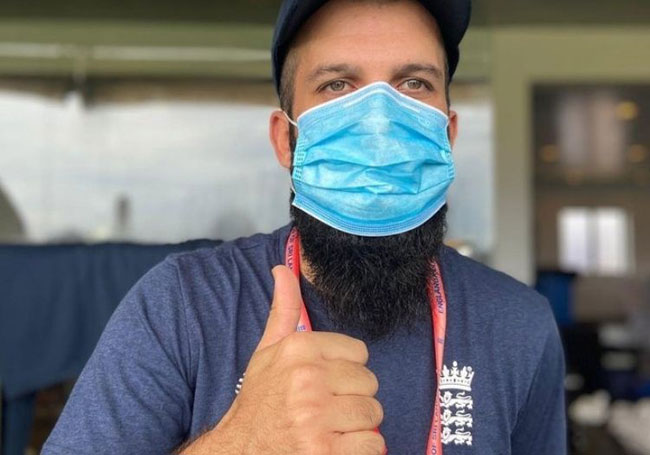 England all-rounder Moeen Ali has been released from quarantine in Sri Lanka and re-joined his team-mates in Galle.

The 33-year-old tested positive for the new UK variant of the coronavirus upon arrival in Sri Lanka and was subsequently placed in a 10-day isolation.

That was then increased for a few days with the Sri Lankan government acting with immense caution around Covid-19 cases.

However, he has tested negative in two consecutive PCR tests carried out within the last 24 hours.

Moeen left quarantine on Saturday and headed to the ground to be with his team, who are pushing for victory over Sri Lanka in the first Test.

The off-spinner is unlikely to play in the second Test against Sri Lanka, at the same venue from Friday, with England saying it will take him time to be match ready.

Moeen’s focus now seems to be on getting prepared for the four-Test assignment in India, which begins in February in Chennai.

Meanwhile, England remain unconcerned about a small outbreak of Covid-19 among workers at the team’s hotel.

The Galle District Health Services Director’s office have confirmed the cases concern two kitchen workers at the hotel, who have been admitted to hospital.

None of the tourists’ party, which includes 23 players, came into contact with either of the individuals. Sri Lanka, meanwhile, are based at a separate hotel and are unaffected.

“We are not concerned,” said an England spokesperson. “Our protocols have been excellent and we continue to be vigilant.”