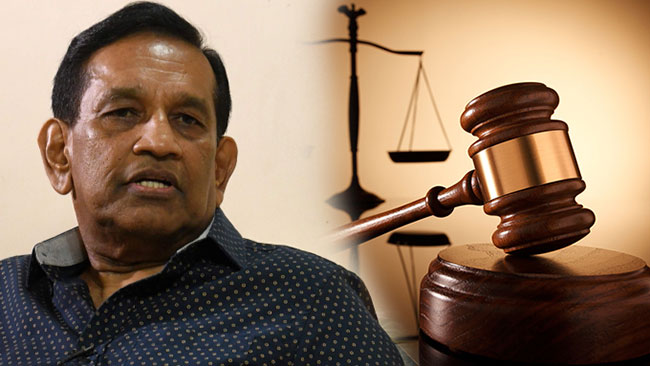 The Colombo High Court has served indictments on former minister Rajitha Senaratne and 2 others for causing losses to the state when leasing out Modera Fisheries Harbour in 2014.

Indictments were served on the defendants before Colombo High Court Judge Pradeep Hettiarachchi.

After the indictments were served, the court ordered the three defendants including MP Rajitha Senaratne to be released on a personal bail of Rs 1 million.

The judge then ordered that fingerprints of the accused be obtained and called for a report on their previous offences.

The attorneys representing the defendants requested the court for a date to to review and inform of any shortcomings in the documents handed over to their clients.

The court accepted the request and decided to take up the case on April 22 to consider it.

In August last year, the Bribery Commission filed indictments against the former minister and the other two defendants, for allegedly causing losses to the state when leasing out the Modara Fisheries Harbour in 2014.

The other two defendants in the case are former Chairman of the Ceylon Fisheries Harbour Corporation (CFHC) Upali Liyanage and its former Managing Director Neil Ravindra Munasinghe.

The indictment had been filed under section 70 of the Bribery Act and on five charges.

They are accused of causing losses to the government by persuading the Director Board of the Ceylon Fisheries Harbour Corporation to lease the Modara Fisheries Harbour to a private company for an insufficient sum between the period from August 01 and November 01, 2014.