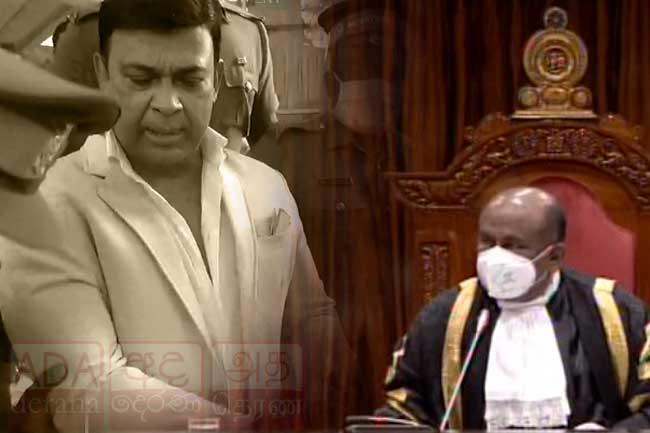 Speaker of Parliament Mahinda Yapa Abeywardena says that a decision regarding the parliamentary seat of MP Ranjan Ramanayake, who has been sentenced to four-years in prison, will delivered within three weeks after studying the facts pertaining to him losing the seat.

The Speaker made these comments after several opposition and ruling party MPs had expressed views regarding the matter at the Parliamentary session today (19).

The Speaker stated that any Member of Parliament or group can make written submissions within the next two weeks, presenting facts on MP Ramanayake losing his parliamentary seat.

He said that a decision will be taken in this regard after taking these factors into consideration and based on formal instructions.

Attorney General Dappula de Livera has informed the Secretary-General of Parliament that Ranjan Ramanayake’s seat in parliament has fallen vacant due to his arrest and prison sentence.

The former Deputy Minister was recently sentenced to four years rigorous imprisonment after being found guilty on contempt charges.

Opposition Leader Sajith Premadasa, addressing the House this morning, said that according to the Constitution, MP Ranjan Ramanayake’s seat does not become vacant at any point.

He questioned as to why the Speaker did not call for the MP to be escorted to parliament for today’s session despite the stance of the Election Commission being clear.

Meanwhile the Chief Opposition Whip Lakshman Kiriella stated that when the issue of the parliamentary seat of SLPP MP Premalal Jayasekara, who has been sentenced to death after being convicted of murder, was taken up the court had clearly stated that the decision rests with the Speaker.

“No court can intervene with that,” he said.