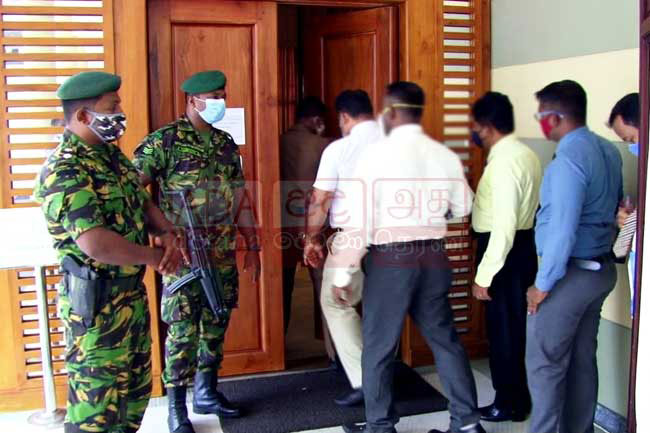 However, Shani Abeysekera, the Director of the Criminal Investigation Department (CID) at the time of the attack, failed to appear before the Commission despite he was scheduled to give evidence yesterday.

However, Commission sources said that the former director would testify before the Commission in the coming few days.

Meanwhile, Umeer Mohamed, who had links with Zahran Hashim, testified before the Presidential Commission yesterday.

He is currently held under detention orders and his testimony was not open to the media.