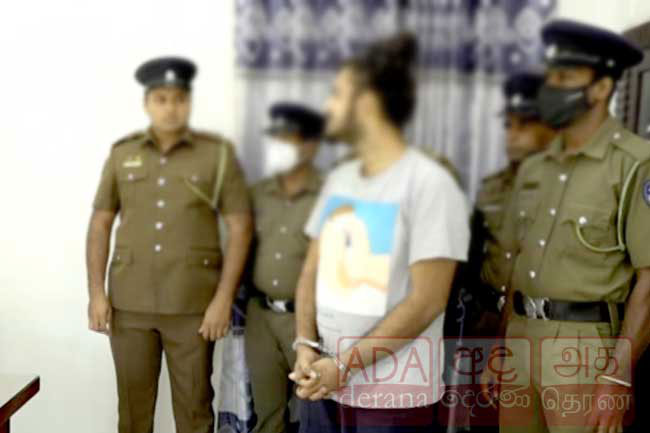 He has been arrested last evening (January 19) at the Gemunu Mawatha in Peliyagoda.

Reportedly, a stash of 4 grams and 130 milligrams of heroin has been found on him at the time of the arrest.

The arrested underworld figure is a 26-year-old resident of Miriswatta, Peliyagoda, and is accused of involvement in a number of crimes, including armed intimidation, drug trafficking, robbery, and murder.

The suspect is to be produced before the Hulftsdorp Magistrate’s Court today (20).