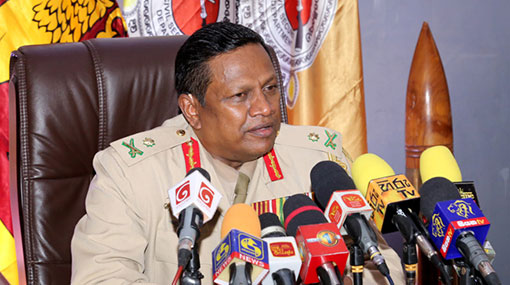 CSD will be utilised for countrys development - new Director General

The strength of the Civil Security Department (CSD) will be utilised for the country’s development and to boost the agriculture sector, says the newly appointed Director General of the CSD, Maj. Gen. (Retd) Nandana Senadeera.

Meanwhile, the CSD’s Nandimithra Unit will be trained further and will be kept as an additional force to support the military, he also said.

Maj. Gen. (Retd) Senadeera expressed these remarks after assuming office as the new Director General of the Civil Security Department today (21), in Colombo.

Religious observances were also performed during the session in keeping with traditions, the Defence Ministry said.

Deputy Director CSD Rear Admiral Udeni Serasinghe (Retd) received the new Director General and also accorded a guard of honour, a ceremonial mark of respect, on his arrival at the office.