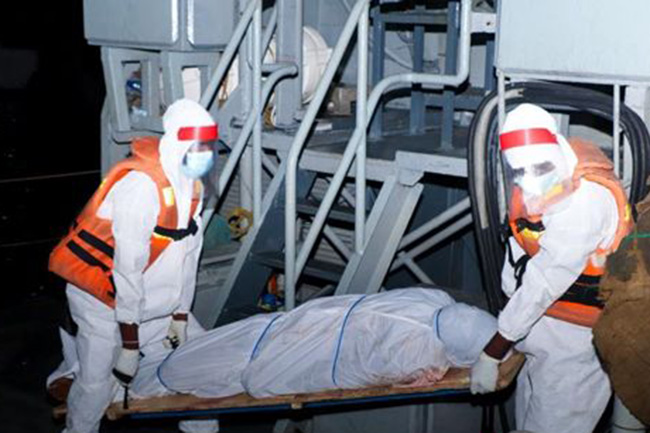 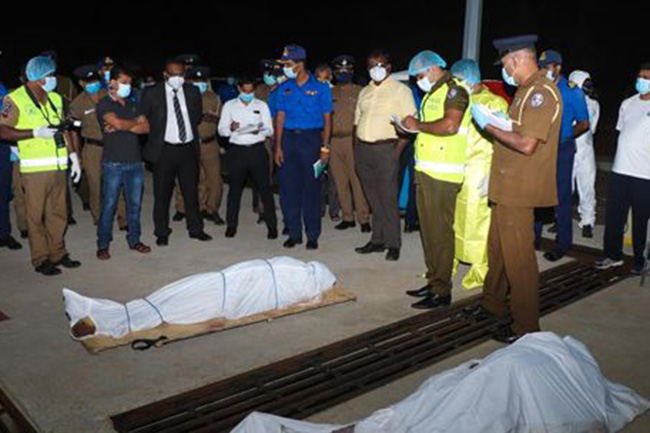 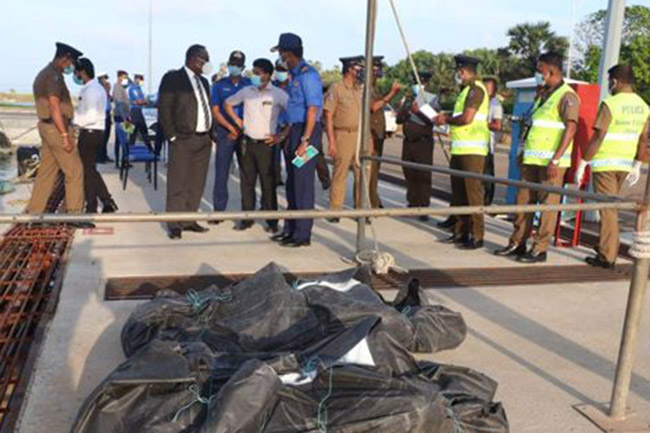 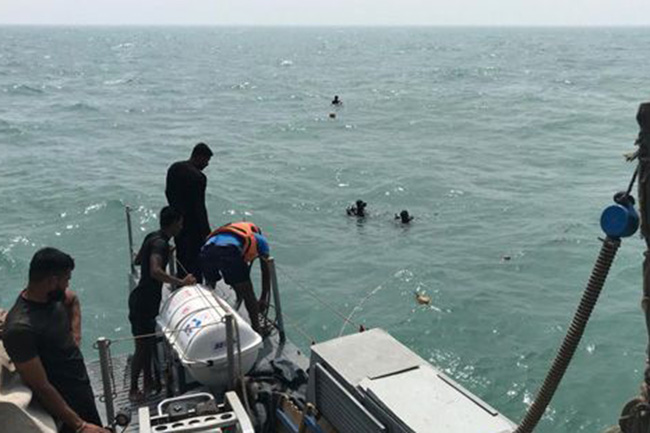 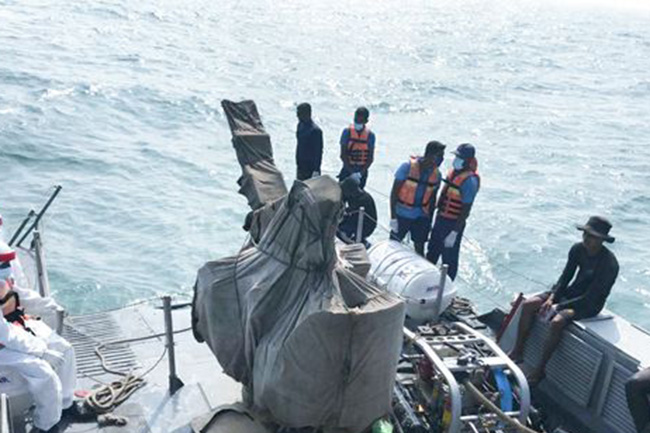 Sri Lanka Navy has recovered two more bodies of Indian fishermen of the trawler which sank northwest of the Delft Island yesterday (January 21).

Thereby, the naval diving teams who are engaged in a search and rescue (SAR) operation have recovered four bodies of Indian fishermen victimized by the incident.

The remains have been brought to the Kankesanturai Harbour by a naval craft.

Subsequently, the inquest on the deceased has been conducted by Magistrate of Mallakam upon being informed by the Kankesanturai Police on both occurrences.

Jaffna Judicial Medical Officer and Representatives of the Consulate General Office of India in Jaffna were also present during the proceedings, the Navy said in a statement.

All four corpses have been taken to the Jaffna Teaching Hospital as directed by the Magistrate to take further action as required by the law.

The Navy says the identities of the corpses are yet to be confirmed.

Sri Lanka Navy had launched a SAR operation on January 19, to locate a sunken Indian fishing boat and its fishermen in Sri Lankan waters – about 8 nautical miles (15 km) within the International Maritime Boundary Line (IMBL) northwest of Delft Island – following a resisting arrest incident took place on the before.

Naval units on patrol had carried out an operation to seize Indian fishing trawlers poaching in Sri Lankan waters trespassing the IMBL, after observing more than 50 trawlers.

As the operation was panning out, one of the Indian fishing trawlers, with aggressive manoeuvres resisting the arrest, had been on an attempt to evade from the scene making it collided with the naval craft in operation and ultimately sank at sea having lost its stability, the Navy said in a statement.

The damaged Fast Attack Craft of the Navy was subsequently brought to Kankesanthurai harbour safely for repair.

Meanwhile, the External Affairs Ministry of India, in a media release issued on the matter, stressed the need to deal with issues pertaining to fishermen in a humanitarian manner.

“We are shocked at the unfortunate loss of lives of three Indian fishermen and one Sri Lankan national following a collision between their vessel and a Sri Lankan naval craft.”

“Expressing our deep anguish at the loss of lives, we emphasized the need to deal with issues pertaining to fishermen in a humanitarian manner.”

The Indian External Affairs Ministry highlighted that the existing understandings between the two Governments in this regard must be strictly observed and that utmost efforts must be made to ensure that there is no recurrence.