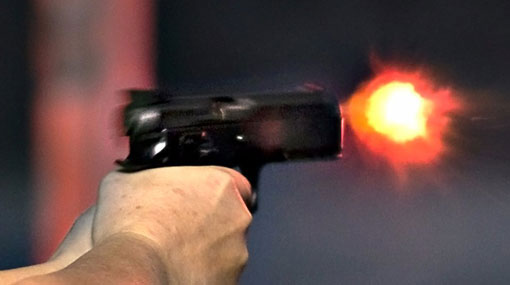 One killed in Panadura gunfire

A person has been killed in a shooting incident in Pallemulla, Panadura, Ada Derana reporter stated.

The incident had taken place at around 9.15 am in front of the Pallimulla supermarket.

Reportedly, two individuals who had arrived on a motorcycle have opened fire at a group of persons traveling on a three-wheeler.

One of the passengers in the three-wheeler had sustained critical injuries in the incident and been admitted to the Panadura Base Hospital for treatment.

Subsequently, he had succumbed to his injuries, said Ada Derana reporter.

The deceased has been identified to be a 32-year-old residing in Gemunu Mawatha, Keselwatta, Panadura.

Meanwhile, Police Special Task Force (STF) has been deployed to ensure security in the area.

Panadura North Police have commenced investigations into the incident.