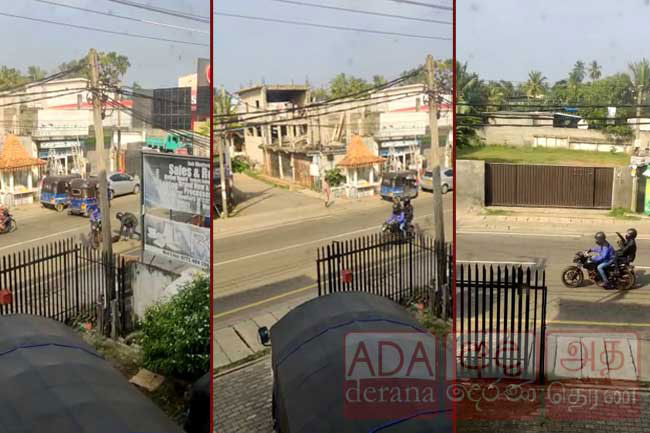 A man was killed after being shot at by two unidentified gunmen at the Pallimulla area in Panadura, this morning (25).

The deceased has been identified to be a 32-year-old residing in Gemunu Mawatha, Keselwatta, Panadura.

The incident had taken place at around 9.15 am in front of the Pallimulla supermarket.

Reportedly, the two gunmen had arrived on a motorcycle and opened fire at three persons traveling on a three-wheeler.

A person critically injured in the incident had been rushed to the Panadura Base Hospital where he had succumbed to his injuries.

Several police teams have been deployed to capture the gunmen, as per police sources.

Meanwhile, a video clip of the shooting incident has been released to the media.