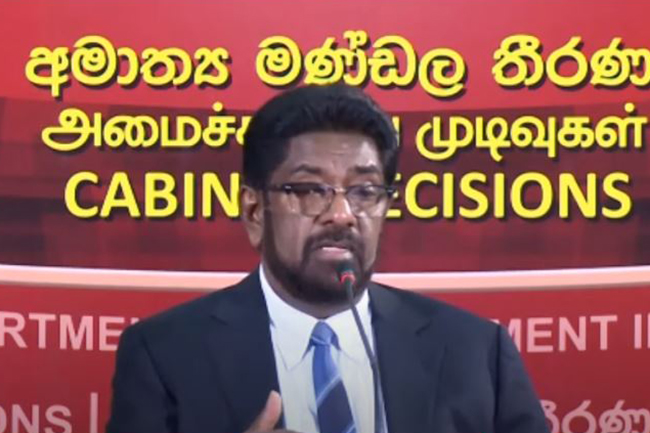 Co-Cabinet Spokesperson Minister Keheliya Rambukwella says the government will look into and take necessary actions regarding any violations of human rights that have taken place during the country’s civil war period.

His remarks came during the press briefing held this morning (January 26) to announce the Cabinet decisions.

The government is of the opinion that justice must be served if human rights violations have taken place. “We expect to take the rights decisions and to take necessary actions if someone has been wronged,” he added.

On the 21st of January, President Gotabaya Rajapaksa appointed a special three-member Commission of Inquiry (CoI) to investigate, inquire into and report or take necessary actions on findings of preceding commissions or committees on alleged human rights violations, serious violations of International Humanitarian Law (IHL) and other such offences in Sri Lanka.

They have been authorized to conduct investigations and inquiries and to transmit the interim reports to the President when necessary.

President directed the commission to submit the final report with its investigations, inquiries and recommendations within a period of six months.

The appointments came weeks before the 46th session of the United Nations Human Rights Council which is scheduled to be held from 22 February to 19 March 2021.