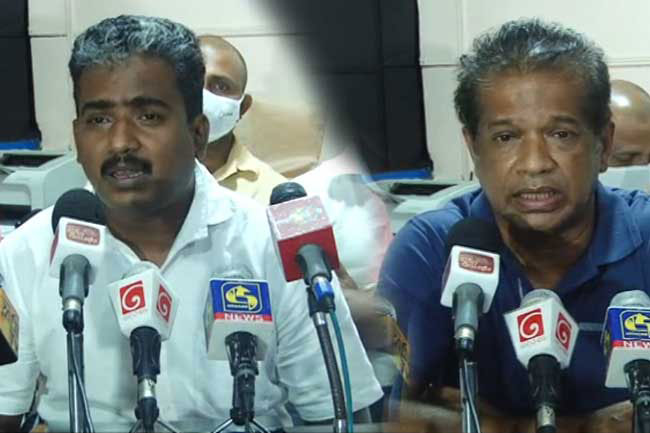 The Port trade unions have decided to launch massive trade union action against the foreignization of the country’s resources from next Friday (January 29).

They claimed that they will take every measure needed to safeguard the Eastern Container Terminal of the Colombo Port.

Calling a press conference, Chairman of the National Trade Union Center K. D. Lalkantha stated that the strict trade action will commence from Friday. He added that a plan was made today (January 27) to launch massive trade union actions island-wide.

Shyamal Sumanaratne, the Secretary of the Progressive Workers Union Commercial and Industrial Services said: “The issue here is not talking about the 51 percent or the 49 percent. We are here to talk about the 100 percent.

Today, a multinational company within the port is trying for this even more than Adani [Group].

This is an attempt to restrict the Sri Lanka Ports Authority to only a name board. We are doing everything we can to prevent that from happening.”