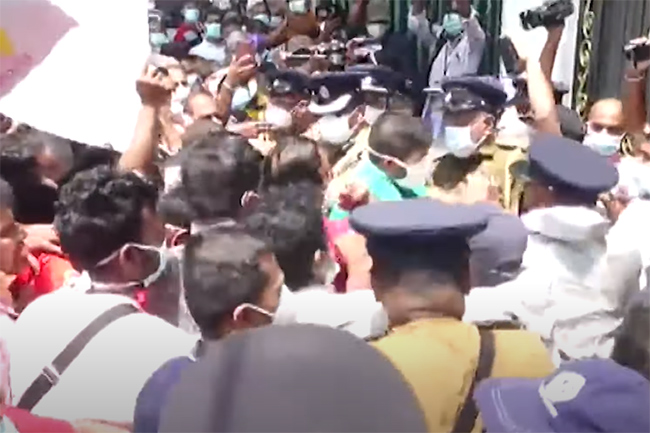 A tense situation has emerged near the Ministry of Health this afternoon, owing to a protest launched by the Joint Health Workers’ Union, says Ada Derana correspondent.

According to reports, they have forcibly entered the Health Ministry’s premises.

Earlier, traffic congestion was reported near Town Hall area in Colombo due to the protest which was based on several demands.

Several representatives of the Union were later allowed to meet the health minister for a discussion.