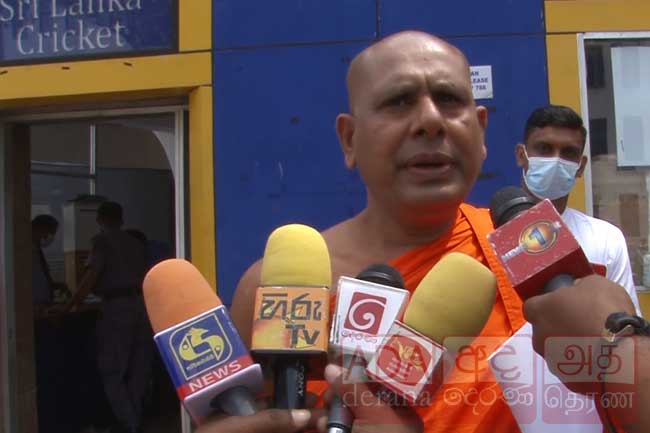 The nomination submitted by Ven. Battaramulle Seelarathana Thero to contest for the position of Vice President of Sri Lanka Cricket (SLC) has been rejected.

The Thero’s nomination has reportedly been rejected due to failure to complete the required qualifications.

Leader of the Janasetha Peramuna, Venerable Battaramulle Seelarathana Thero, had this week submitted his nomination to contest for the Vice President’s post at the upcoming SLC elections.

The Thero, who had previously also contested in Sri Lanka’s Presidential elections, said that his intention in contesting SLC’s election was to rid the country’s cricket governing body of corruption.

Ven. Seelarathana Thero had also pointed out that he is well aware that his nomination would be rejected.