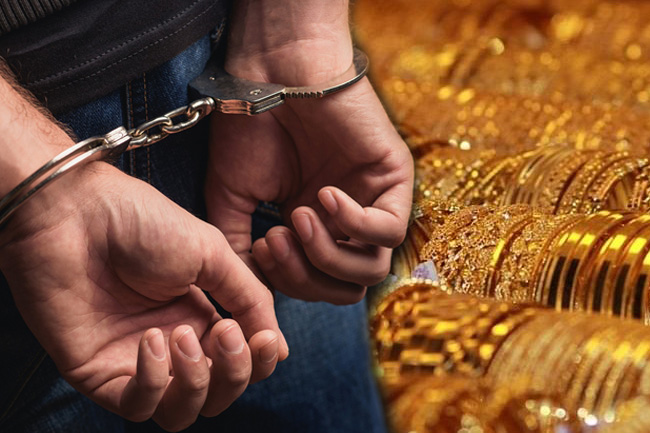 Seven suspects who are in connection with a gold jewellery robbery at Trincomalee have been taken into custody yesterday (February 25).

On the 8th of February, a group of robbers had broken into a shop located in Trincomalee town and ran off with gold jewellery worth Rs 3.8 million.

Investigations revealed that the robbers had arrived in a boat via sea area near Koneswaram and fled through the same route after the heist.

The main suspect who orchestrated the heist has been identified as a 35-year-old residing in Trincomalee area.

Police have seized a live grenade, foreign-manufactured firearm and 06 rounds of ammunition in possession of the suspect.

According to reports, he is also the brother of the criminal figure ‘Ice Manju’ who currently in hiding.

In the meantime, investigators have identified the boat used by the robbers and its owners, the Police said further.

A search operation is in progress to recover the gold jewellery stolen by the gang.