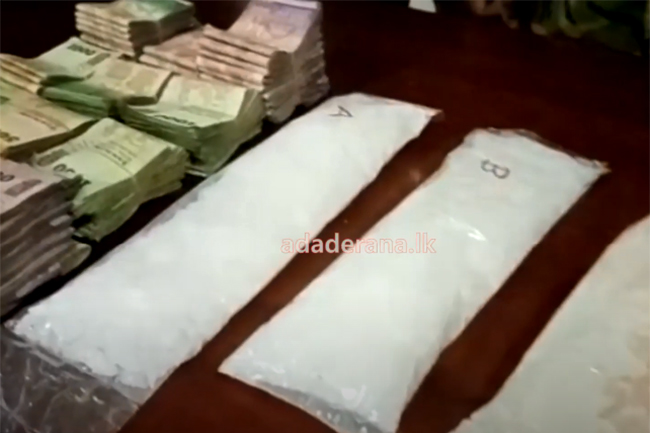 Two individuals including female arrested with heroin and Ice

Two suspects including a woman who were in possession of narcotic substances have been taken into custody, Police Spokesman DIG Ajith Rohana says.

The male suspect was arrested in Ragama area during a raid carried out by the Police Special Task Force yesterday (February 26).

STF officers have seized 750g of crystal methamphetamine also known as ‘Ice’ and Rs 1.5 million in cash from the arrestee.

Further interrogations into him led to the arrest of a female in Dehiwala area.

According to reports, 1kg of heroin has been taken into custody in the second raid.

The suspects have been handed over to the Police Narcotics Bureau (PNB) for further investigations.

In another development, three suspects were arrested in Kotahena area, along with 43g of crystal methamphetamine.

In addition, four mobile phones and the car driven by the suspects have also been taken into custody by PNB officers.

The arrestees were identified as residents of Jampettah Road and Wellampitiya areas, the police said further.