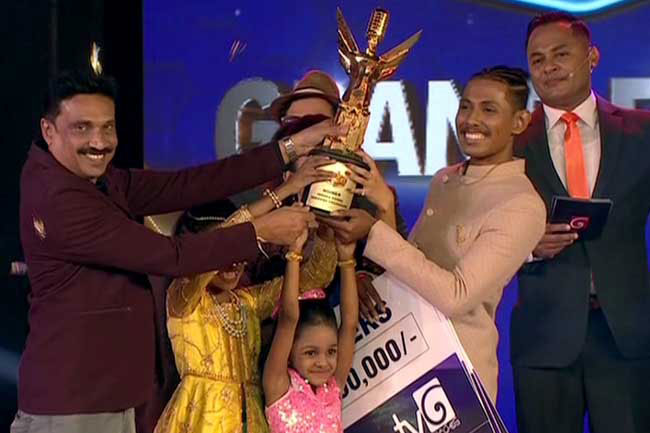 The Derana-Signal Sarigama Crossover competition came to a conclusion in a festive manner in Colombo last night.

Derana Dream Star and Little Star participants contested in teams at the Derana-Signal Sarigama Crossover competition for a period of five months.

Teams ‘Naada Stars’ and ‘Thaala Strikers’ were voted in as the finalists for the grand finale of the competition.