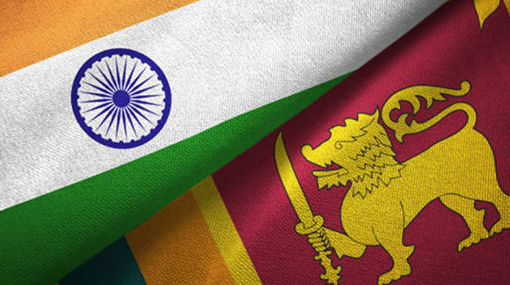 Expect India to vote in favour of Sri Lanka at UNHRC: Foreign Secretary

Foreign Secretary Admiral (Retired) Jayanath Colombage says he expects India to stand by and vote in favour of Sri Lanka ahead of next week’s UNHRC sessions on the island nation’s rights and accountability record.

His remarks came during an exclusive interview to India Today TV on Monday (March 01).

“Abstention will not hamper ties. But India’s great leader speaks of ‘Neighbourhood First’. We are immediate neighbours,” Jayanath Colombage said.

Speaking on the Interactive Dialogue on the UN Human Rights High Commissioner Michelle Bachelet’s presentation of Sri Lanka held on February 25, he said Sri Lanka is “overwhelmed” about the support received from 21 countries against the 15 countries that welcomed the report.

Out of the countries which clarified their stance of the OHCHR’s report, 21 in total including China, Russia, Pakistan, Iran, Syria, Cuba, Laos, Vietnam, Philippines, Nicaragua, Eritrea, Cambodia and the Maldives had voiced their support for Sri Lanka.

However, Foreign Secretary pointed out that the support shown at the Interactive Dialogue does not ensure votes in favour of Sri Lanka at the upcoming UNHRC sessions.

He added that voting based on conscience is not often witnessed at international organizations such as the Human Rights Council.

India, maintaining a neutral stance during the Interactive Dialogue, had stated that their policy towards Sri Lanka rests on two pillars; the support for island nation’s unity and territorial integrity and an abiding commitment to aspirations of the Tamils of Sri Lanka for equality, justice, peace and dignity. India had emphasized that respecting the rights of the Tamil community, including through meaningful devolution, contributes directly to the unity and integrity of Sri Lanka.

In addition, India stressed on full implementation of the 13th amendment to the Constitution of Sri Lanka, which devolves powers to the provinces. India has been urging Sri Lanka to implement and enforce the 13th amendment ever since the 30-year long war with Tamil separatists ended in 2009.

Speaking on the Tamil Nadu election becoming a factor in India’s voting at the UNHRC, the Foreign Secretary said, “We understand Tamil Nadu elections are coming up and Sri Lanka is always an issue. So, we understand. India is a great friend. We expect India to stand by Sri Lanka. India is against country specific resolutions. They are against so-called rapporteurs being around to judge human rights situations in other countries. I think India is moving a resolution in that regard.”

Mr Colombage, commenting on the recent visit of Pakistani Prime Minister Imran Khan, assured that there will be no cooperation in defence or maritime with Pakistan. Sri Lanka’s soul will not be allowed to be used against India or to attack India, he said further.

“It was a bilateral visit. We did not visit [Pakistan] to garner OIC votes at UNHRC neither were we influenced by Imran Khan’s visit. We were very conscious of India’s concerns and ensured New Delhi is not embarrassed sorting the Pakistan Prime Minister’s visit.”