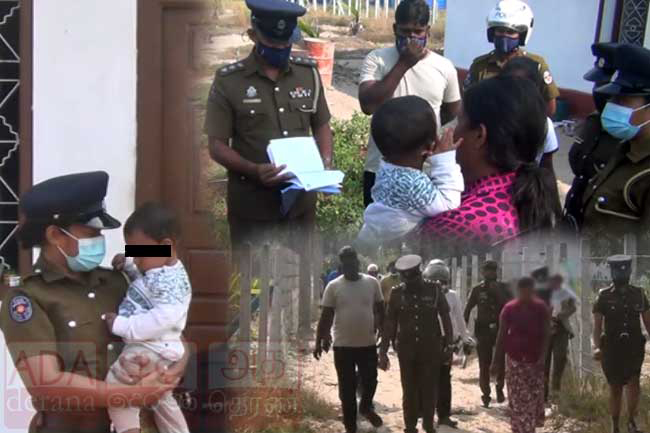 Mother from Jaffna arrested for beating infant with a cane

A woman from Manithottam area in Jaffna has been arrested for beating her 8-month-old infant using a cane.

The arrest was made based on a controversial video of the assault which had widely circulated in social media recently.

The video also showed the grandmother of the infant turning a blind eye to the brutal assault taking place at the home.

Officers of Nallur Pradeshiya Saba and Jaffna Police had placed the woman under arrest this morning (March 02).

The mother was identified as a 24-year-old and reports revealed that her husband is currently employed in a foreign country.

The infant is currently in the custody of police and the arrested mother is expected to be produced before Jaffna Magistrate’s Court.

UPDATE: The assaulted mother and the abusive mother have been placed under the probationary custody until the 9th of March.

They were produced before Jaffna Magistrate’s Court earlier today.

According to preliminary investigations, the mother in question had been suffering from stress.