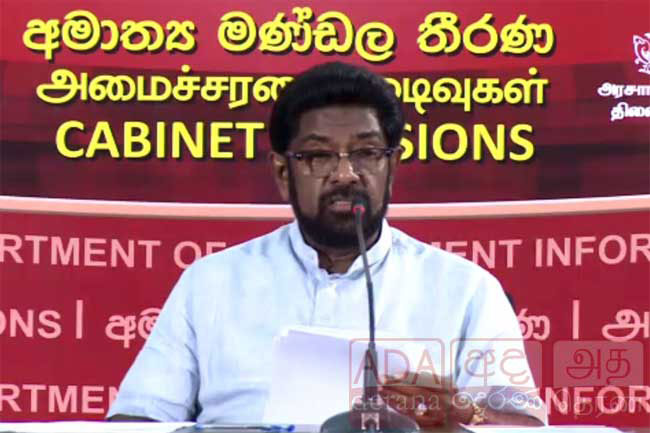 Neither the President nor the government will take responsibility for the final report of the Presidential Commission of Inquiry on the 2019 Easter attacks, says Cabinet Spokesman Keheliya Rambukwella.

Speaking at the press conference held today (02) to announce the Cabinet decisions, Minister Rambukwella said that the report has been presented on an independent basis and that a commission report being right or wrong is not entirely up to the government.

He added that the government will continue its investigations via the Criminal Investigation Department (CID) and the Terrorism Investigation Division (TID) if the justice has not been delivered.

Stating that the Presidential Commission of Inquiry was an independent commission, the Minister reiterated that the party, the government, the President, the Prime Minister, the Cabinet, and the parliamentarians reject bearing the responsibility for the reports of the Commission.