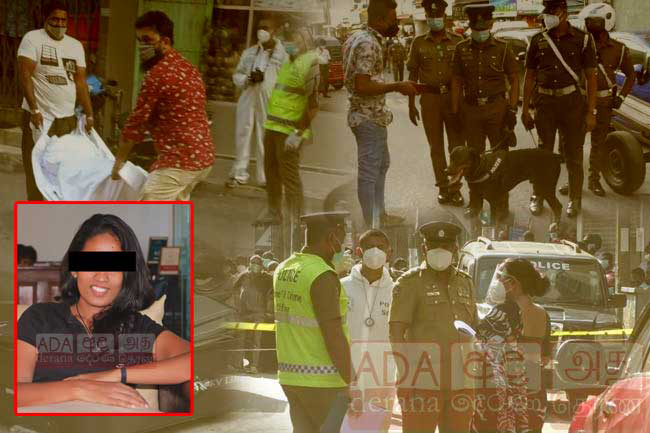 The identity of the decapitated female body found in a suitcase at Dam Street in Pettah has been revealed, the Police said today (March 03).

According to Police Spokesperson DIG Ajith Rohana, the deceased is a 30-year-old woman who was residing at Theppanawa area in Kuruwita.

He said the remains of the deceased were directed to DNA testing.

CCTV footage obtained by the investigators has captured the suspect, who brought the suitcase to Dam Street, entering a rest house in Hanwella area along with a woman.

Surveillance cameras showed the suspect, wearing a face mask, later getting into a Hanwella-Pettah bus plying on route 143 after leaving the lodging by himself.

Upon identifying the private bus in which the suspect had travelled in, the investigators had interrogated its driver and the conductor, who confirmed that a person carrying a suitcase got on to the bus from Hanwella.

After reaching Pettah, the suspect was seen dragging the suitcase along the road before leaving it on the roadside at Dam Street.

The decapitated body stuffed in a suitcase was found abandoned at the said location on Monday (March 01).

Police spokesperson revealed that the suspect is a 52-year-old Sub Inspector (SI) attached to Buttala Police who was on leave at the time of the incident.

When police officers arrived at the suspect’s house in Badalkumbura yesterday, they learned that he had already fled into nearby woods.

Special police teams were subsequently deployed in search of the suspected officer.

One of the police teams had found the body of the suspect hanging on a tree this morning. Meanwhile, a phial containing poison has been recovered from the scene, the police spokesperson added.

Investigators suspect the police SI in question might have committed suicide over the murder.

Police spokesperson said a magistrate’s inquest and a post-mortem examination on the body will be conducted later today.

The suspect’s love affair with the deceased is said to be the motive behind the brutal killing.