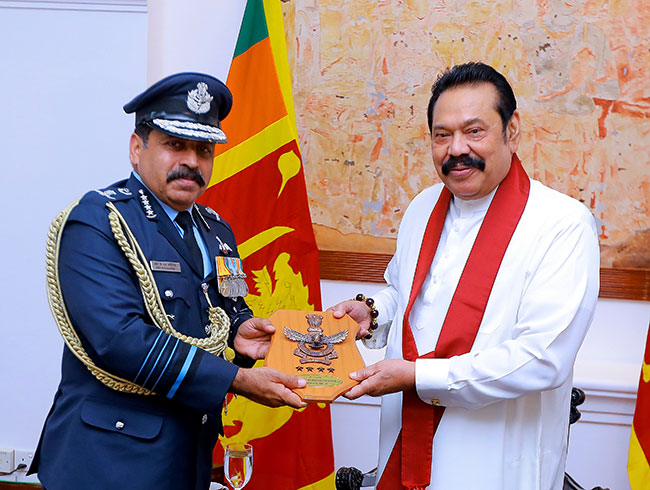 The Air Chief Marshall, who is visiting Sri Lanka to attend the 70th Anniversary Celebrations of the Sri Lanka Air Force (SLAF), expressed continued support to Sri Lanka in the defense sector, the PM’s Office said.

Sri Lanka and India have had a long-standing defense and security cooperation that has spanned many areas including counter-terrorism, maritime security and drug trafficking. India’s Air Force has also supported Sri Lanka with training officers at various levels.

Noting that there are areas in which the two defense sectors of both countries could further expand the cooperation, the visiting Air Chief Marshall told Prime Minister Rajapaksa that India’s Air Force stands ready to support Sri Lanka, the statement said.